I am feeling into the change of season, noticing that the recent Vernal Equinox has opened the door to the Via Negativa that we find in the work of Matthew Fox.  That might sound dark or even sinister, but it is not.  The season of the Negativa is about the daylight growing shorter up until we reach the shortest day of the year on the Winter Solstice.

Our awakening includes paying attention to seasonal shifts which are not just about changes in the weather, but also about energetic and vibrational shifts.  Last night we had heavy rain and powerful lightning and thunder.  Before long we will be past the season for lightning storms.

The Lakota call winter “the time between the thunder”; the time when the red willow which has been green all summer changes back to its true color, signaling the time for harvesting the cansasa that we use in the chanumpa – the sacred pipe.

The storm last night also opened a door for the writing workshop I will facilitate today; helping to create space for these authors to go inward and let go of the pieces that are ready for release. 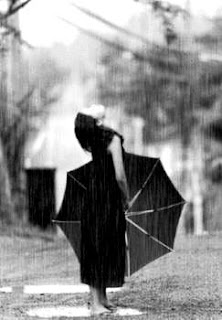 The Via Negativa is an overlay for the season.  It does not mean we will not have sunny days and rebirth and vital active times.  It is the general theme, and as we calibrate our bodies and our minds with the rhythms of the planet we want to make sure we are aware of the call to move inward and to be quiet.

The Negativa is the dark half of the Yin – Yang symbol and this season holds an abundance of mystery and intrigue that I find irresistible.  Indeed, the idea of the dark and mysterious and unfathomable woman is attractive and mesmerizing for many of us.  I also see the convergence of the upward and the downward pointing triangles that unite to form the six pointed star.

I am mindful of the workshop I have scheduled for the end of the month, entitled Dancing with Your Shadow.  I thought it would be fun to dive into the aspect of shadow around the season of Halloween.  Not all of our shadow is scary; there are parts that are bright and tender and comforting that have merely become lost, and now rise to be reclaimed.

It seems counter-intuitive that we have hidden so much pleasure and enjoyment from ourselves; maybe we felt undeserving of these gifts.  Now we pull these parts out of shadow:  the mischievous and adventurous little boy and the innocent and laughing little girl.  Even the darkest corners of our shadow contain treasure.

Generally there is some strong emotion attached to uncovering our shadow parts.  Our emotions come forward as evidence of our successful journey inward; evidence of the effectiveness of our process.  Bringing our shadow parts into the light of consciousness is a critical part of bringing our spiritual nature more completely into form and the Via Negativa is the ideal environment for this “Shadow Work”. 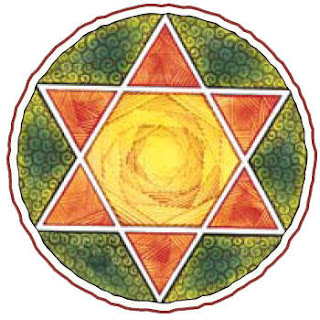 My friend does not like the word Negativa in describing this season.  But it’s just a word that either assists us or doesn’t.  To me it is the season opposite the sunny positiva.  It is the season that is deeply feminine, and historically some have attached the ideas of evil and the demonic onto the feminine.  Now we are reframing those ideas though remnants of the Dark Ages and the witch hunts remain.

To me this season is moist and warm and comforting like the womb.  It is the time for going in before we are reborn so we must necessarily move into this dark place.  Now we find we are not afraid of the dark and those who hung evil onto the idea of the feminine are exposed as ones who could not face their own feminine nature.
Posted by John Berry Deakyne at 11:51 AM No comments: