Isn’t it time to tell the truth about gun laws in this country?  Isn’t it time to let go of rationales and excuses for maintaining insane rules of behavior and self-destructive ways of thinking? 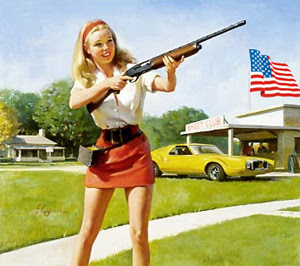 And those of us who have taken on the work of dreaming the New Earth into being; don’t we have a responsibility to add our voices to the chorus?  Isn’t it true that we all take part in weaving the fabric of the collective?  What is our contribution to the tapestry?  Prayer?  Meditation?  Heart-centered intentions?  Yes, and might we also add our voice?

It has been said that the number of laws a society makes is directly proportionate to its lack of life-sustaining values.  A society that, by its nature, values life and kindness and generosity does not need so many laws.  How many law libraries do we have in this country to hold all the laws we have made?  Surely with all these thousands, maybe millions of laws we must be very law-full.

In the movie, K-Pax, when talking to the supposed crazy man about the planet he comes from, the doctor asks, “How do you know right from wrong on your planet if you don’t have any laws?”  Kevin Spacey laughs and says, “Everybody knows right from wrong.”  That’s true . . . we do. 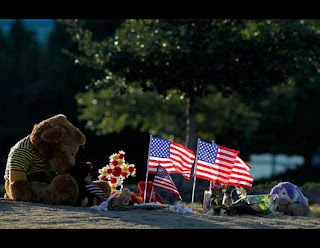 We are a culture that prides itself on being founded on “the rule of law”, and we disdain societies that appear to us to be “law-less”.  What we are proud of is the fact that we cannot police ourselves; we cannot control ourselves; we are not capable of doing the right thing unless there is some threat of punishment for doing the wrong thing.  Yet, while we are waiting for Jesus, we need sensible gun laws.


The problem of gun violence is as much about the prevailing culture in this country as it is about stupid and inadequate gun laws.  We are raising children, who do not have a moral center; who do not respect the life-essence of other humans, animals, plants, rivers and oceans.  We are raising children, who do not have healthy boundaries; who are so diverted and distracted that they do not learn the art of walking with respect upon the planet.  It is remarkable that we don’t have more incidents like Columbine and Aurora.

The fact that the NRA and gun lobby could so effectively persuade the American public that their world-view is not insane is evidence of an all consuming loss of reason and balance in our social interaction.  It is not about politics and it is not about constitutional rights.  It is about reclaiming our brains from admen whose only love is power and money. 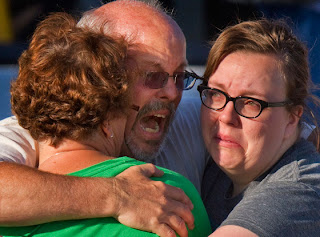 We need to quash without hesitation those who, by rote, repeat the talking points of the gun lobby.  They have sold their brains to the merchants of death and sorely need our compassionate intervention.

Here is one place that is bringing back sanity:  http://www.mayorsagainstillegalguns.org/


Posted by John Berry Deakyne at 3:21 PM No comments:

Your Guide to Presidential Politics . . . No Really

I had a discussion last night with one of my fellow travelers that touched on the topic of “sacred activism”.  We wondered how someone who was on an awakening path might exert change in the collective or on the planet without losing one’s integrity or being sucked into a vortex of destructive energy.


That brings up thoughts about patriotism and civic duty on the 4th of July, so here goes:


I don’t know if it matters which of the two major party candidates is elected for US president in November.  Many of my peers have pulled their attention away from the process so they will not feed the energy of or be poisoned by an increasingly toxic and polarizing process.


Should we just stay out of it and let the whole thing implode, thus hurrying up the inevitable collapse and reconstruction of all our primary institutions?  I’m certainly not going to argue for effecting change from the inside the system using the oh-so-limited tools that have been handed us.


Finally, can I involve myself in this mess without getting dirty?  Is there something here worth being for instead of against, when we have become so acculturated to voting against the one who we believe is the worst of the two?  If that is your only choice, let me make it easy for you, because I have insider information on which one is the worst.


If this is your calling, you should vote against Mitt Romney.  I don’t even want to go into the reasons and the rationale why; if you can’t see it, there’s no hope for you.


But if you want to vote for something, that’s a longer reach.  Here’s my test.  My teacher, Linda Star Wolf, has made it public on a number of occasions that she would invite President Obama to come in and do a breathwork session with her.  I have no doubt she would offer the same to Governor Romney.


In a shamanic breathwork journey we go into the core of our being, we release old patterns that have caused us distress and dis-ease, and we reprogram ourselves for greater joy and harmony.  If one of these two men seems to be more likely than the other to accept this generous offer for personal rebirth . . . vote for him.